Ayvalik (Ayvalık) Balikesir (Balıkesir), in Aegean region of Turkey, is one of the most charming towns of travel destinations. If you have an Ayvalik travel program this article has key trip suggestions for Ayvalik and Cunda Island.

Besides these; famous Kozak Plateau with peanut pine, world famous olives and olive oil, hotels suitable for all budgets from boutique to 5 stars, camping and diving points, vast beaches.

There are various ways to reach to Ayvalik depend on how you travel.

If airplane will be preferred to get to Ayvalik, there are direct or transfer flights of different airlines that arrives Balikesir airport. Balikesir Koca Seyit Airport is about 50 km away from Ayvalik.

If bus will be preferred to get to Ayvalik, bus companies have scheduled runs frequently to Ayvalik coach-house (bus station) located at east side of Ayvalik.

Unfortunately there is no train line to reach the region.

If private car will be preferred to reach Ayvalik, distances must be known before the journey. Ayvalik has approximately 515km to Istanbul, 125km to central Balikesir, 670km to capital city Ankara and 150km to Izmir. If distances do not matter, it is a good decision driving a private car to see the wonderful Aegean villages, towns and beaches.

Historically, Ayvalik had been ruled at the first era by Hittites, Phrygians, Lydians.

During Ottoman period Ayvalik became a county that Greek population had increased and exceeded Turkish population.

Thıngs to Do ın Ayvalık Travel

Ayvalik is one of the places that host a lot of historical buildings in Turkey. So, first thing to do should be discovering historical streets, buildings, houses.

Immerse yourself to the flow of the wind and the streets.

Ayvalik region has more than 20 islands and a lot of virgin bays. To discover these places daily boat tours are exist. Boats leave harbor in morning and return in evening, lunch is served for guests when a brake is taken in one of the magnificent bays. This is must-to-do activity if you have enough time to spend for Ayvalik.

Taksiyarhis Church now Rahmi M. Koc Museum. It was built in 1873 by the Greek Orthodox community. The building was ruined in time and was restored in 2011.

There are enormous numbers of rumors about story of this point. If watching sunset is your passion, the location of Devil’s Feast with its great landscape is one of the most wonderful places to watch the sunset in Turkey.

Throw a coin and make a wish, maybe it becomes real 😀

Cennet Hill located on the ridges of Ayvalik. Especially at sunsets its rival of the Devil’s Feast with its point of view to Ayvalik, Cunda, Tımarhane Islands and gulf region.

Yes, Ayvalik toast is very famous in Turkey and Ayvalik has a special bazaar (market) for toast shops. We recommend you to taste this delicious food.

Cunda Island or Alibey Island with its savoury restaurants you should try fresh fish and delicious Turkish snacks.

Sarimsakli Beaches are Turkey’s longest ones. Located at south of Ayvalik and could be reached 10-15 minutes by drive.

If you are planning an Ayvalik travel and Cunda Island journey, spring and autumn seasons are best because summer is too hot at the region but swimming or diving is also considered as a part of the journey, summer season should be preferred because Ayvalik’s sea is relatively cold compared to places located at southern Turkey like Antalya.

For more and detailed information please check this web site.

Have a good holiday!! 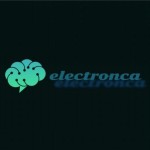